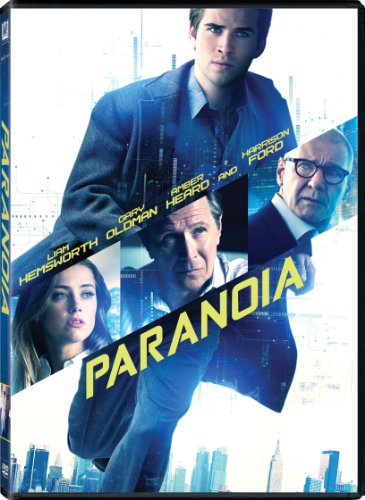 Paranoia lands on DVD and Blu-Ray featuring the star power of Gary Oldman battling Harrison Ford. Liam Hemsworth also stars in a film that failed to find an audience in theaters, and might on home video.
Read Full Review

Paranoia lands on DVD And Blu-Ray and feature Gary Oldman and Harrison Ford going at it for the second time after Air Force One. Liam Hemsworth is caught in the middle of two tech titans (Oldman and Ford) in a battle of telecom giants. The thriller is out now on DVD and Blu-Ray.